Home » Sleep Improvement » Guides » Can Lack Of Sleep Make Me Fat? (Why Your Mattress Matters)

Can Lack Of Sleep Make Me Fat? (Why Your Mattress Matters)

But did you know that, in addition to your diet and physical activity, getting a good night’s sleep is a strong weapon against weight gain and obesity? Are you aware of the fact that your mattress can act as an ally or an enemy with regard to your weight loss efforts, and that lack of sleep can make you gain weight? Would you ever believe that the surface you sleep on could be making you fat?

If all this sounds a little weird to you, read on to see how your mattress, the quality of your sleep, and your waistline are correlated in the eyes of scientists.

First of all, mattress researchers (and our own experience) tell us that our mattress impacts not only the quality but also the duration of our sleep. Without a proper mattress, a restful and comfortable sleep is only a dream that never comes true. But how does the duration and quality of your sleep relate to weight loss? Before I give you the answer, let me ask you, are you getting at least seven hours of quality sleep each night?

A large body of scientific evidence has revealed that there is a strong relationship between sleep and body weight. A few years ago, a scientific review published in the peer-reviewed journal International Association for the Study of Obesity parallels sharp decreases in the hours of sleep with the rapid rise in obesity in Western countries.

Aspects of progress in Western society in the last half of the 20th century have aided adults to work more and sleep less. In the early 1900s, adults averaged 9 hours of sleep each night with the number slowly dwindling. In the late 1960s, hours of sleep went down to 7.7 and continued to slip even further. The percentage of adults sleeping for 6 hours a night or less jumped from 12% in 1998 to 16% in 2005 [1]. In addition to other adverse effects of reduced sleep patterns, metabolic changes occur. These changes suggest a link to increased weight gain and a higher risk for obesity.

Sleep And Obesity – A Self-Reporting Study 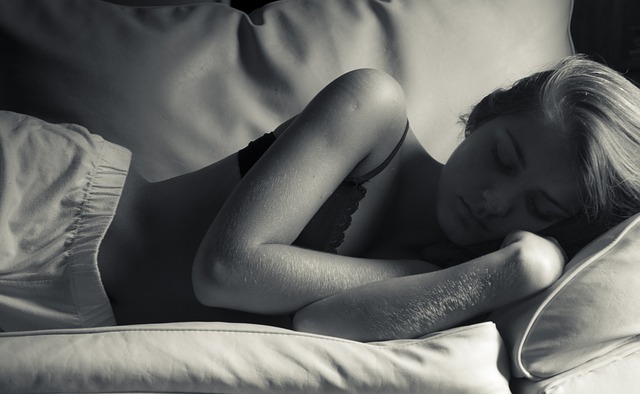 Many factors influence the ability to sleep. The mattress you sleep on, physical pain such as arthritis, problems with asthma, depression or sleep apnea are a few possible contributors hampering sleep. Based on a study comparing statistics every two years, several women documented sleep patterns and weight gain through self-assessment.

These results are impressive. However, based on the subjective nature of the study, the validity is questionable due to the use of self-reporting methods. An individual’s ability to monitor aspects of sleep in an objective manner with accurate results may be flawed. In addition, this study did not show whether the increased weight represented an increase in fat or lean tissue. This is why scientists looked at a second, more controlled, study.

Sleep And Obesity – An Objective Report 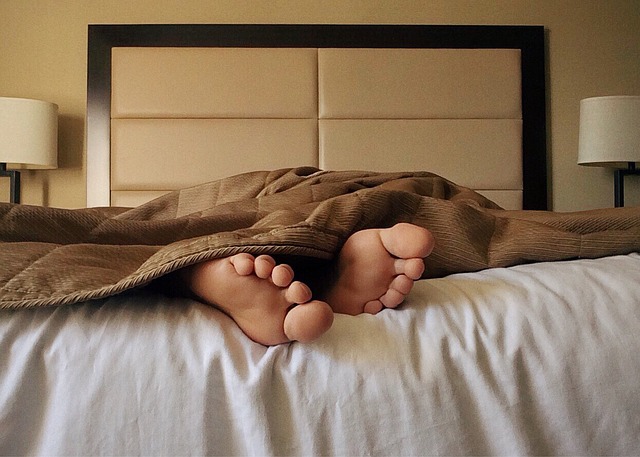 A controlled study on the relationship between reduced sleep and obesity provided more valid results. Two related studies involving men and women over 65 monitored wrist movement using accelerometers. Measuring motion of the wrist has long been affiliated with accurate measurement of intervals of sleeping and waking. Accelerometers involve the wrist making it possible to monitor a patient over a period of time. Conversely, polysomnographers (appropriate for in-house overnight sleep studies) require electrodes applied to the scalp, face and other parts of the body. The capability of assessing patients without the interruption to their normal setting provided more relied data.

Stemming from statistics gathered objectively with the use of accelerometers, shorter sleep time culminated in an increased BMI (Body Mass Index, a measure of overweight and obesity) in both groups. In the men’s study, those sleeping less than 5 hours recorded a mean BMI 2.5 more than those sleeping 7-8 hours. The same guidelines produced a higher BMI for women of 1.8. Obesity appeared to stem from restricted sleep. Compared to men who slept 7-8 hours, men who slept less than 5 hours were 3.7% more likely to become obese while the same likelihood for women was 2.3%. 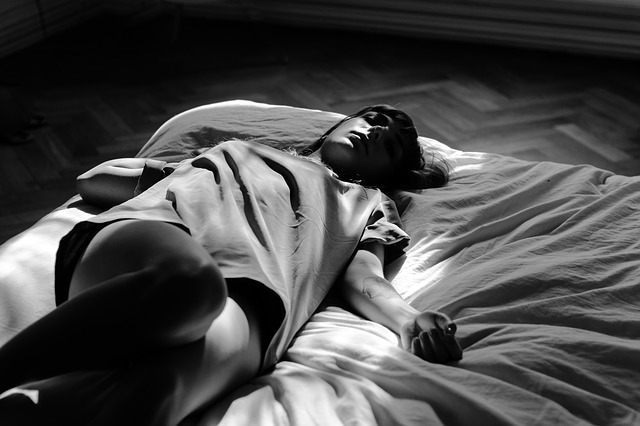 Body measurements verified less sleep equating to more fat and not more muscle. For patients sleeping less than 5 hours, the percentage of body fat was 1.7% greater than those who slept 7-8 hours. Measurement of the trunk of the body revealed a 1.9% higher rate of body fat [3].

Are your starting to see the why a mattress that helps you sleep well could also help you weight less?

Why Can Sleep Deprivation Lead To Excess Weight?

A study that compared individuals who had a 4-hour sleep opportunity versus 10 hours documented that restriction of sleep elevated hunger leading to increased food intake. Interestingly, the foods consumed were higher in fat and carbohydrates.

Parallel to the development of a 24-hour society, which has resulted in people spending less time sleeping, has been a rapid rate of obesity. Many studies suggest a link between reduced sleep and obesity. As Patel points out in his study, establishing the extent the role of sleep deprivation plays in causing obesity could dramatically change treatment options. Addressing obesity prevention through current practices has not made a significant difference. As obesity leads to early death, resolving sleep restriction may be a key in achieving optimal weight and promoting a healthier society.

Thankfully, certain modern mattresses and beds are designed to give you the restful, refreshing, revitalizing and comfortable sleep that you need in order to avoid short sleep and the resulting risk of weight gain. With these products you free yourself from sleep disturbances and sleep deprivation—a risk factor for weight gain. You only need to buy the right one to rip the most of its health benefits.

Read more: How To Select The Best Mattress Topper For Side Sleepers

Matt Gavard is a weight loss expert and writer. He publishes information from the obesity field’s latest scientific research and offers advice on how to lose weight with popular weight loss programs. Losing excess weight improves the quality of sleep, which is why Matt offers a coupon code for Nutrisystem. Nutrisystem is low-priced diet the effectiveness of which has been proven in various studies. Matt also offers a coupon code for Weight Watchers (grab it) and BistroMD coupon (grab it)—two award winning weight loss programs that offer various products for weight loss and maintenance.

What Is The Best Sleeping Position? (The Answer May Make You Switch)

How To Cure Insomnia (Healthy Natural Ways To Get Your Slumber)

9 Reasons Your Bedroom Isn’t A Healthy Place To Sleep

Get A Good Night’s Sleep – Dealing Effectively With Sleep Interruptions

How To Change Your Eye Color With Honey – The Ultimate Guide