Home » Self Improvement » Is Your Subconscious Mind Sabotaging Your Financial Goals?

Is Your Subconscious Mind Sabotaging Your Financial Goals?

Mindset is everything in life. How we think subliminally affects every conscious decision that we make. The vast majority of people claim that they want more money, yet few of them achieve it because deep down inside, they hate money.

Underneath it all they think:

Human beings are hard-wired to want pleasure rather than pain in their lives. Deep down, successful people value money because of the freedom that it gives them and because of the choices they can make with it; for them, money is pleasurable, not painful.

Some people however, think about money negatively; they associate money with pain. If you hold the belief that money is the root of all evil, you will do everything you can to make sure you will never have any, because for you, it is painful to be rich.

People who don’t think they’re worthy of money typically blame other people for their lack of success. They flit from one new business to another, never developing the necessary persistence to build a thriving business. Deep down they detest money.

To become wealthy, you have to start taking personal responsibility rather than blaming others. You also need to begin thinking expansively like Donald Trump. Can you see Donald Trump being poor?

So stop playing the blame game!“I would be rich if only…”You can be a victim or you can make things happen by becoming a wealth creator. It is important to realize that you cannot be both. Stop making excuses! You are not poor because of the government, the economy, or your employers; you are poor because you still hate money.

“If You Think Education Is Expensive… You Should Try Ignorance.” ~ Brian Tracy 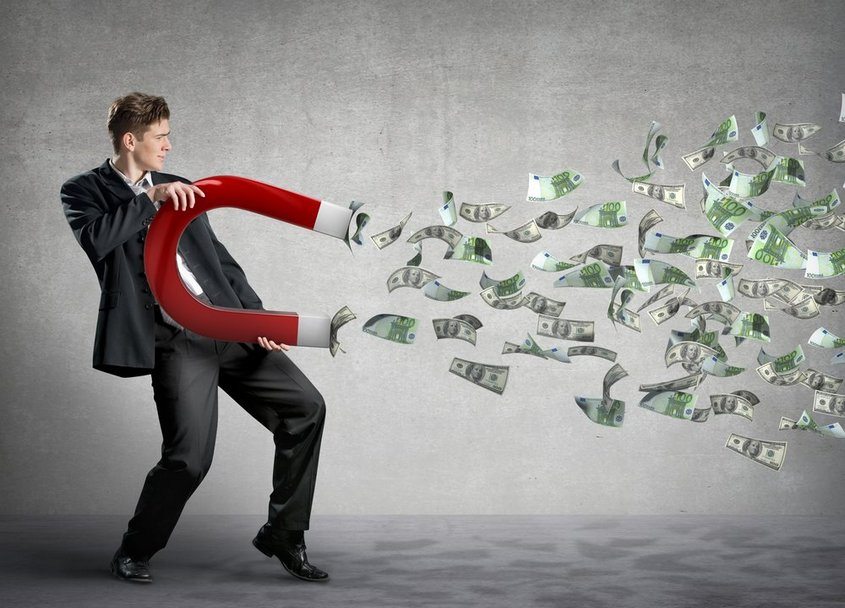 When one holds negative thoughts about money, this is called ‘limiting beliefs.’ To conquer these limiting beliefs you need to work out where they originated.

When you hold limiting beliefs, you are allowing fear to hold you back. You can achieve anything you set your mind to, once you have addressed your limiting beliefs and the fears that are holding you back.

Your inner world creates your reality.

As a child, you were conditioned by outside influences. This created a belief system upon which you make your life choices, influencing the actions you took in life and influencing your actions today.

When people resent the money they earn as a result of their actions, they often get the idea to change things on the outside, rather than on the inside. For example, they may change jobs, change partners, or change where they live.

Guess what? They take their limiting beliefs with them! It is their mindset and the patterns created by that mindset that creates the same old results. They begin to resent the new job or their relationship fails or they are not happy in their new home.

Whether your belief system is right or wrong is irrelevant. Henry Ford said, “Whether you think that you can, or that you can’t, you are usually right.”

Read more: The Body Achieves What The Mind Believes (Reasons That Might Surprise You)

Identifying Your Limiting Beliefs Regarding Money 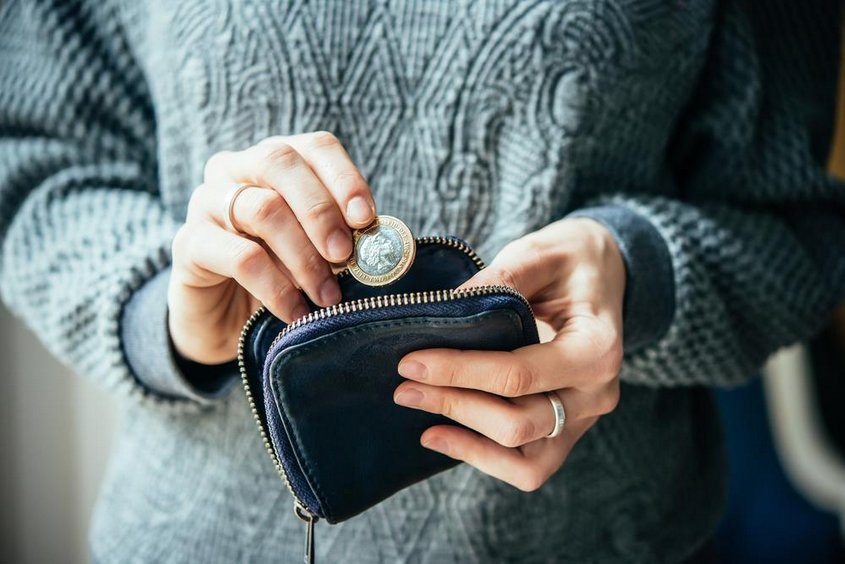 Before you can eliminate self limiting beliefs you need to isolate what these beliefs are. Ask yourself these searching questions and write the answers down on a piece of paper:

After you have answered these questions, complete the following sentences: 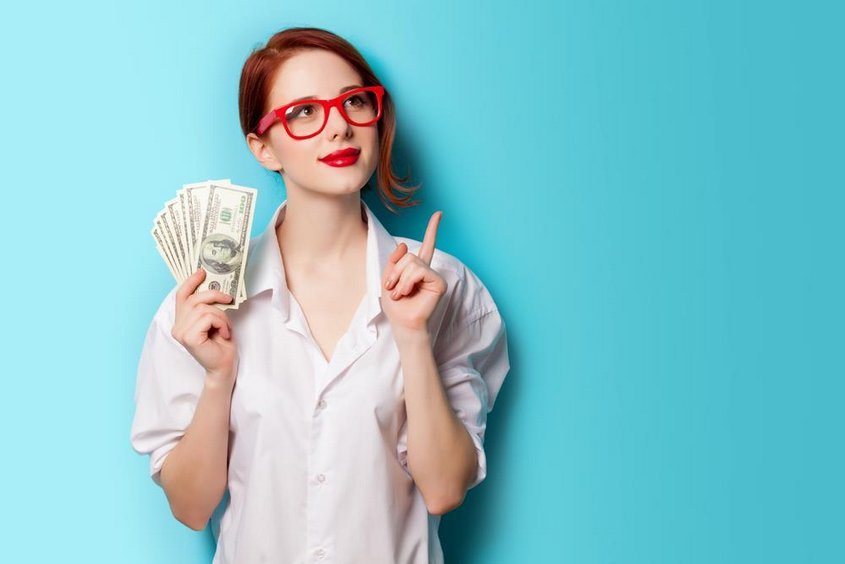 Once you have examined your limiting beliefs around money, begin exploring the idea that money is pleasurable. Write down ten reasons why you want to make $30,000. In effect this means identifying ten reasons why money is good. This is the beginning of making neural connections that will eventually equate money with pleasure.

After you have done that, write down five new opportunities a day.

Money is just a means of exchange; in a different culture, you could just as easily use chickens, spoons or any other physical product.

When you get richer, everyone you know benefits, because the benefit of that money trickles down to everyone underneath you. 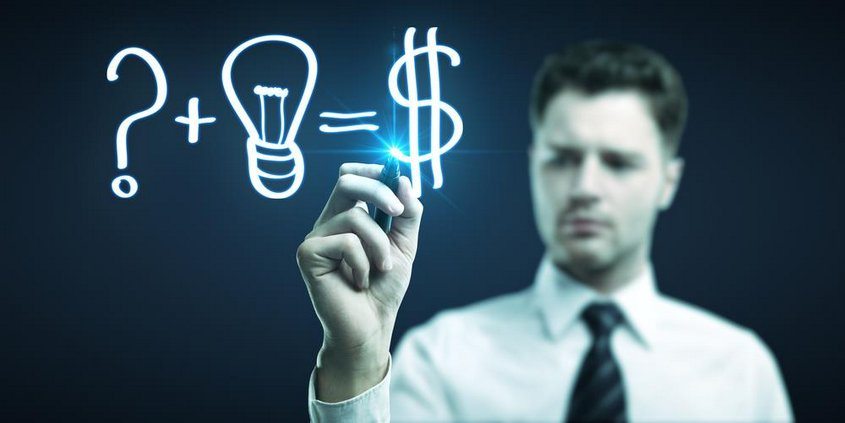 Leverage in this case means wielding influence; there are many things the entrepreneur can use as leverage to reach more people and create greater value.

Wimbledon winners create value by being the best tennis players at the most prestigious tennis event in the world. However, the money they make from the relatively paltry prize is not significant. Rather, they ultimately make money by leveraging the global television rights to reach millions of people, who in turn want to see more of them, allowing them to negotiate significant sponsorship deals. 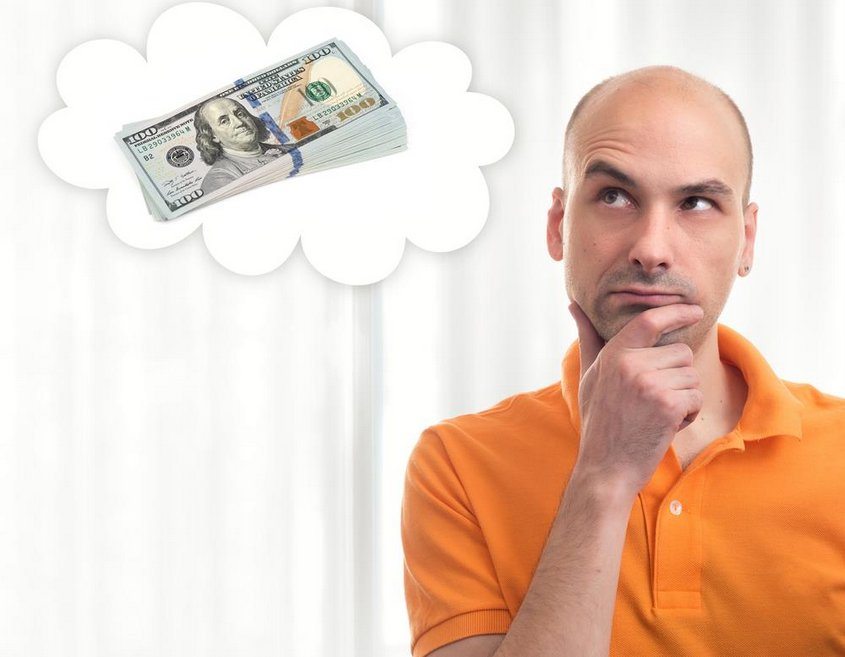 Write down ten things you can do to earn $30,000. If imagining such a sum is difficult, break down that number into a weekly amount. At first you may find it hard to brain storm ways to make money but practice makes this exercise easier. The idea is that you must expand your imagination beyond those limiting beliefs.

Get rid of the attitude that money is not important; to be successful, money is fundamentally important because it empowers you to make choices, even if those choices involve giving money away to those less fortunate than yourself. Rich people can make contributions that change people’s lives; poor people can’t.

Becoming wealthy does not mean you have to lose aspects of your spirituality, or pursue being a spiritual being. After all, money allows you to fulfill your potential because you have freedom. You can grow and stretch yourself way beyond your comfort zone. Spiritual poverty means that you are not using your energy properly. When you are happy, you vibrate and crackle with energy and that attracts other like-minded vibrant beings.

Take action. Don’t be afraid to make mistakes and learn from those mistakes. If you are not a risk taker, you will never achieve true financial freedom. Once you have worked through your fears – say for example, a fear of rejection or a fear of being judged, you will have empowered yourself because you will have started to love yourself. 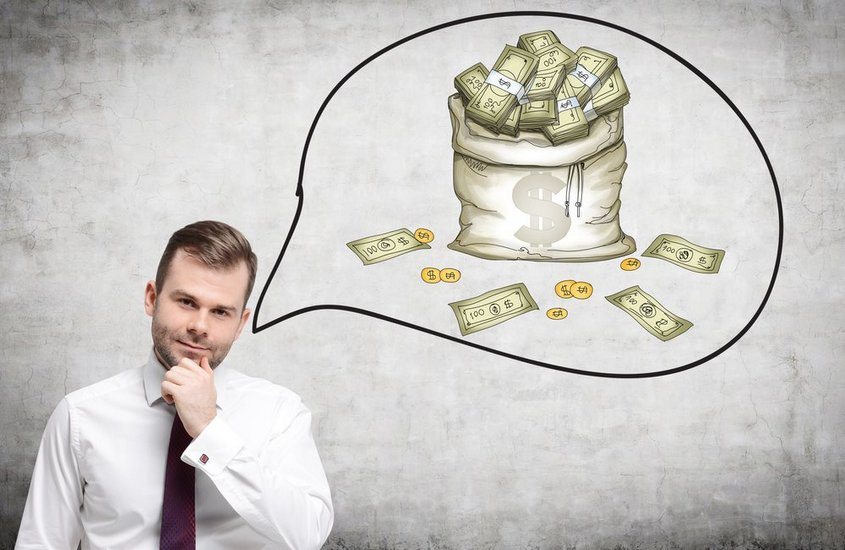 Unfortunately, many of us have been led to believe in scarcity, in the idea that “there is not enough money,” and eventually we start to believe it. Yet scarcity is an idea in your mind, without basis.

Every day new bank notes are rolling off the presses. There is no scarcity there!

Develop an abundance consciousness by concentrating on the abundance in your life. Create a gratitude list. Write down everything you are grateful for. Be thankful for all the good things in your life. Maintaining an “Attitude of Gratitude” is one of the keys to acquiring wealth. When you live with gratitude and have a sense of abundance, you will begin to experience the vibrational match expressed in the Law of Attraction.

The Law of Attraction is a universal law, or force, that has this as its premise: the thoughts you radiate, radiate a vibrational energy that attracts similar matter and energy. Put in simple terms, this law essentially states: “like attracts like.”

Start focusing on your goals and what you are grateful for. You become what you think about most often. Post pictures all over your home of what you want to be so that you can see them in front of you and visualize them.

Everything in your life is created because of your hopes and dreams or lack of them. Think what you would be doing now this minute if you could not fail. Also consider, what would you change if you only had a month to live?

Time is your most precious commodity. Don’t squander it, for it cannot be replaced.

Go find out what people want and what their problems are. Use your imagination to discover how to provide solutions to those problems and then deliver those solutions. That is the basis of every successful business idea that has ever happened.

Read more: This Is Not The Life: The Dangers Of Staying Too Comfortable

Putting Your Dream On Hold: Four Situations Where It’s Okay To Do So

How To Deal With Stubborn People? – 8 Strategies That Really Work