Pro Gaming Lifestyle: How To Get Vitamin D From Fast Food

Anyone required to work indoors for extended periods of time, like writers and professional gamers, is at risk of developing vitamin D deficiency. Albeit briefly, writers are known to venture outdoors in search of inspiration.

Unlike writers, professional gamers have no occupational incentive to go outdoors. Professional gamers actually get better at their “work” by grinding on and playing more games. However, even the most reclusive of gamers can get their daily vitamin D requirement from fast food!

No longer are geeks and nerds the sole enthusiasts of video games. The proliferation of Massively Multiplayer Online games is continuing to draw the favor of the mainstream demographics. Albeit most online gamers are adolescents, an increasing percentage of 40+ year-olds is trending steadily, so there’s no more gamer age gap.

Almost unheard of a decade ago, now there are professional video game players who’re earning six figure salaries solely by participating in eSport tournaments. Currently, most eSport tournaments have prize pools in the multiple billions of dollars. You don’t even have to win to get paid! Online game companies, like Riot Games, actually pay their professional video game players a set salary, independent of winning or losing games.

But, just like professional physical sports players, professional gamers employed or sponsored by companies, must train and practice when they’re not on vacation. Of course, by training and practicing, they do mean playing the video game! With appealing incentives like these, it’s not surprising that an ever growing number of people across the demographics are trying to become professional gamers.

Unfortunately, aspiring and current professional video game players are spending over six hours per day glued to computers or video game consoles. This sedentary routine is physically unhealthy for various reasons – one of the major ones being potential vitamin D deficiency. Skin exposure to sunlight is what catalyzes our production of vitamin D3.

Besides potentially leading to diabetes, cancer, and heart disease, long-term vitamin D deficiency causes rickets (soft bones, bowing of the hips), severe asthma in young children, cognitive impairment, and multiple sclerosis. Fortunately, if you’re stuck indoors for occupational reasons, like pro video gaming, there are a variety of junk foods that can give you your daily recommended 600 IU of vitamin D!

Read more: You Are What You Eat: So Why Aren’t You Losing Weight With Your Diet Plan? 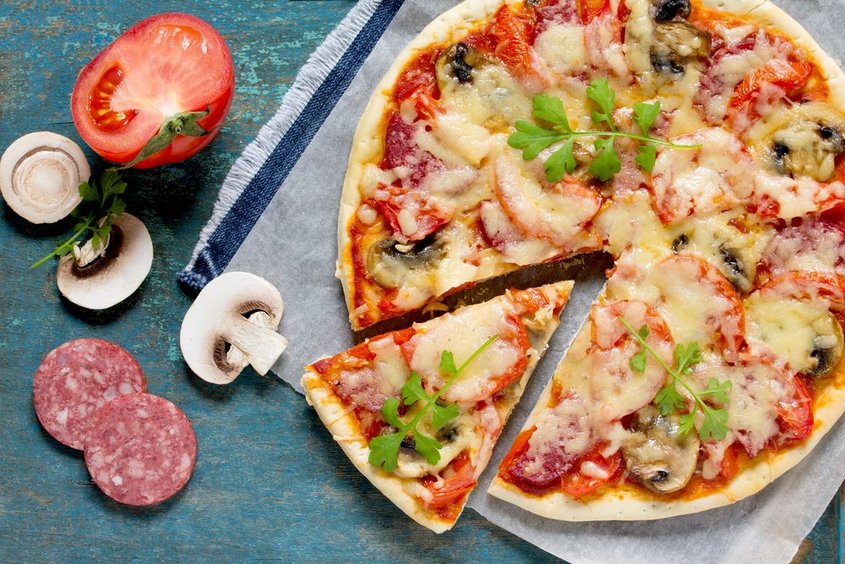 Most gamers eat pizza more than most people. When you’re busy raiding dungeons with your friends or engrossed in back-to-back team games for hours long – you probably have zero time or motivation to cook a healthy meal.

So, if you give into the temptation for a quick fix to your hunger and Alt + Tab out of the game and into your internet browser to quickly log into your nearest pizza delivery site and charge an order to your card – it’s justified if you make sure to order Portobello mushrooms and ham or sausage as toppings!

American cheese, like Kraft Singles, provide 34 IU of vitamin D per slice. Similar quantities of vitamin D are prevalent in the cheeses used to make your pizza. The culmination of cheeses in one slice of pizza is equivalent to 100 IU or more of vitamin D.

Pork sausage, like the those used in pizza toppings, provide 78 IU of vitamin D per 3 oz serving. An ounce of extra lean ham provides 26 IU of vitamin D per ounce. A pizza slice with both ham and sausage toppings would provide about 35 IU or so of vitamin D from just the toppings alone (depending on how generous, the cook is with topping servings!).

So one slice of ham, mushroom, and sausage pizza provides approximately 270 IU of vitamin D. Let’s face it – you’ll likely be eating three or more slices in a day, which gives you your daily vitamin D requirement. 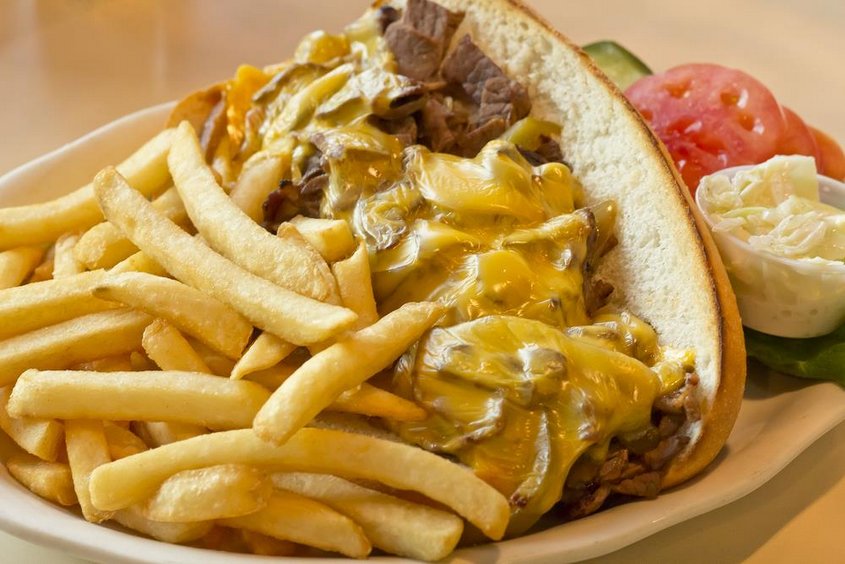 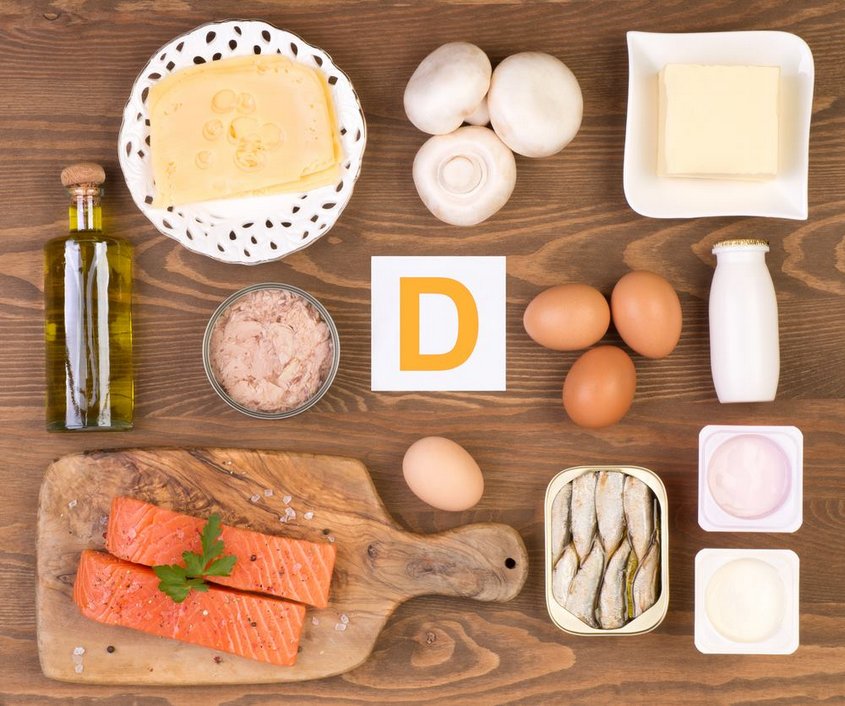 If you’re already frequently having fast food takeouts for breakfast, lunch, and dinner – then having one of the above every so often will at least assure you won’t be vitamin D deficient (the lesser of two evils). However, the cheese, fat, grease, and other bad ingredients no doubt contain bad cholesterol and other dangerous junk chemicals. Since pro gamers live a sedentary lifestyle, eating these long-term can lead to serious health consequences.

If you’d like to consider healthier meal choices but you’re averse to eating vegetables, as most gamers are, and really don’t have time to cook – then have milk and cereal fortified with vitamin D for breakfast. The combination will provide you with approximately 150 IU of vitamin D.

Include boiled or fried tofu or some other soy product, like soy yogurt, and a cooked egg (boiled is the healthiest) into your lunch. An egg yolk has about 44 IU of vitamin D. A typical serving of soy food or tofu provides approximately 70 IU of vitamin D. So both provide you with 114 IU of vitamin D.

If you then have pork or fish for dinner, you’ll have had your daily intake of 600 IU of vitamin D.

Of course, you can also quickly get your daily requirement of vitamin D from one tiny vitamin D supplement pill! Just pop one in sometime in between games!

As professional gaming becomes more popular, more people will spend more hours indoors. The main source of vitamin D is sunlight exposure, but you can get your daily requirement from foods you’re probably already eating.

Gamers are so busy or addicted, they’re apt to fall into the habit of ordering in. However, choosing the right junk food can get you your daily dose of vitamin D! Still, it’s far better to trade your pizza in for a salad with two Portobello mushrooms.

9 Best Fruits To Eat For An Amazingly Healthy Life

Ways To Know How Many Calories In An Egg

You Are What You Eat: So Why Aren’t You Losing Weight With Your Diet Plan?