It seems as if you’re smacked in the face almost every day with yet another threat to your health that needs attention right now before you drop dead. More often than not, a different group of researchers says something the next week that contradicts what you just heard. It’s ridiculous. You’d think at least a few of these health recommendations wouldn’t flap in the wind like a weather vane.

Fortunately, some recommendations have held up pretty well over the years. Let’s look at the best ideas for living longer and healthier without joining a cult or handing over all your money to a snake-oil salesperson.

Get Some Exercise Every Day 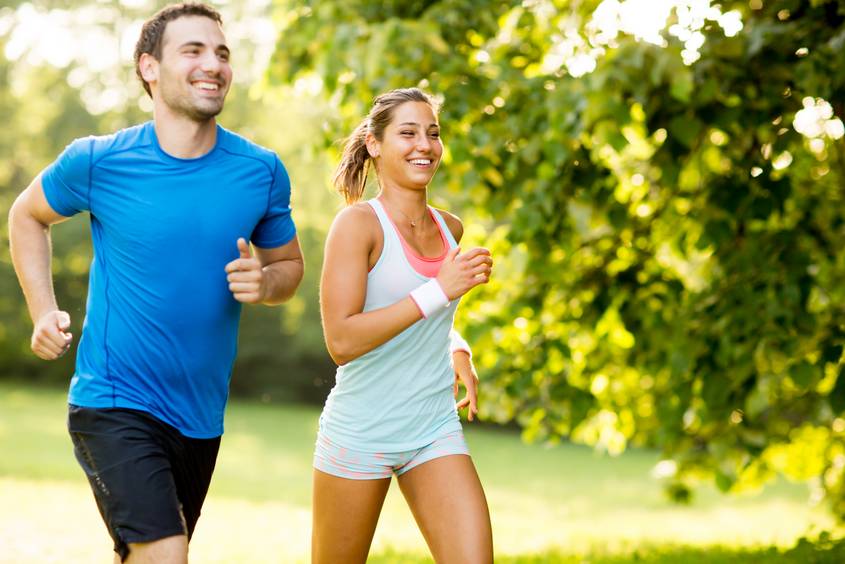 It’s the granddaddy of all ideas for healthy living, and it’s still true now. You don’t have to run like a maniac or swim across the English Channel, but walking up the stairs and strolling most days to the local market to pick up an orange or an apple will work wonders for your basic muscle tone and heart health.

If your body thinks it’s still needed, then it won’t plop down and die on you. It’s not a coincidence that a lot of the oldest people in the world stay busy with physical activities even after they’ve passed the age of 90.

Read more: How To Recover From A Restrictive Eating Disorder As An Adult

Take A Multivitamin Tablet Every Day 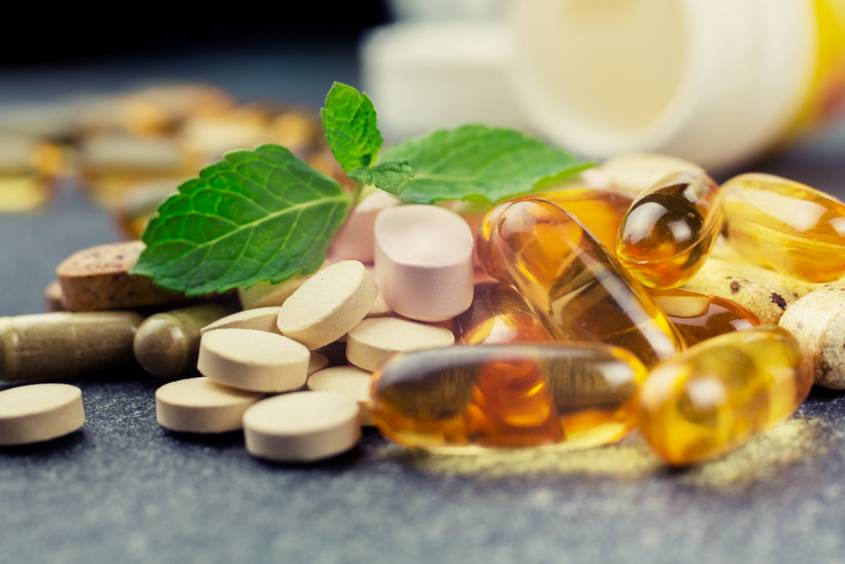 They come cheap in the big bottles at most drugstores. It’s easier than fussing over the right mix of vegetables and animal proteins and whatnot every day. With a multivitamin supplement, all your trace minerals and important vitamins are lined up in a row like so many baby duckies.

The multivitamin pill also helps smooth over micronutrient shortfalls in our highly processed food supplies. Plus, if anyone nags you about eating right, you can nod sagely and say, “I get my vitamins.” 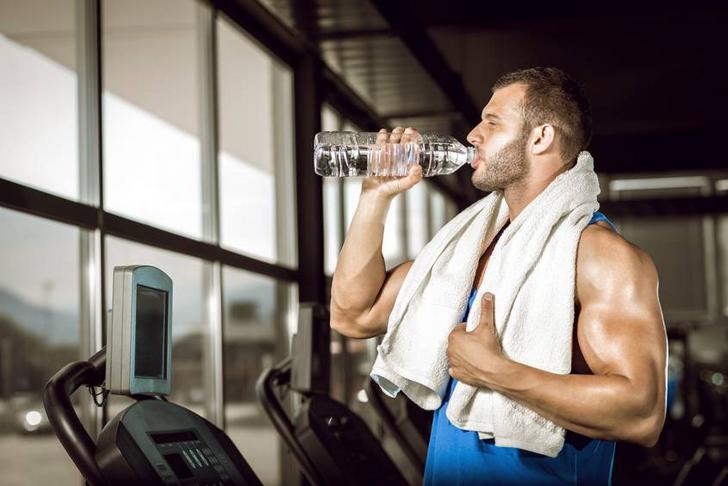 About half your body weight is water, depending on your gender, your age and your stored body fat, so topping up your fluid levels makes good sense. The National Academy of Medicine says most men living in temperate climates can get by with about 13 cups a day of various fluids like water and apple juice, and women typically do fine with 9 cups a day.

Needless to say, these guidelines should be adjusted for hotter climates. Also, you’ll sweat like a pig on hot summer days, so drink more fluids then. As a bonus, thirst is often mistaken for hunger, so slurping on the refreshing fluids will cut down the temptation to stuff your face with that delicious, fattening hot dog with all the trimmings from the lunch truck. 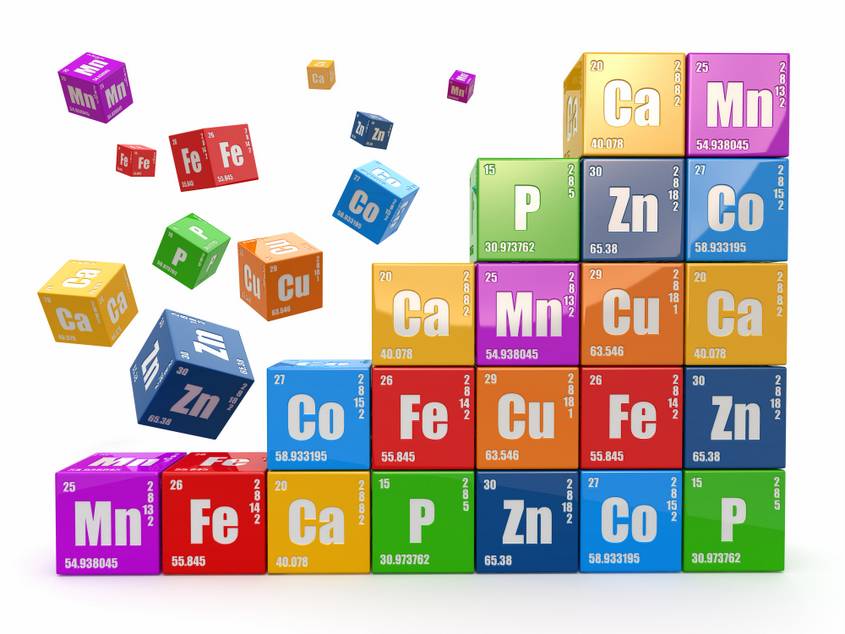 Chloride is also technically an electrolyte, but it comes free with ordinary table salt, aka sodium chloride. Unlike vitamins or trace minerals like copper, iron and selenium, the “big four” minerals loom large in your immediate health profile.

You’ll die fairly quickly without sodium and potassium, and magnesium and calcium are nearly as important. Nearly all basic foodstuffs contain nutritionally significant amounts of sodium, but levels of the other three minerals fluctuate wildly. 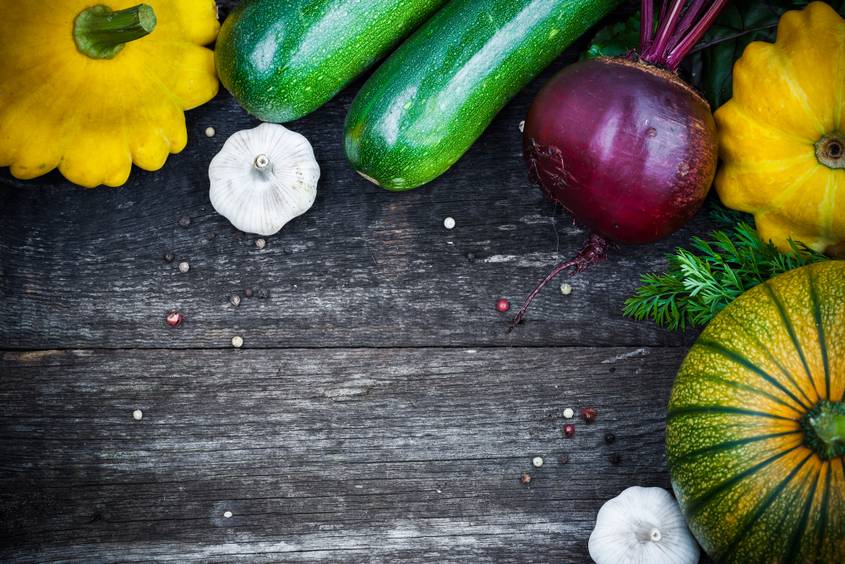 Even though your daily ratio of potassium to sodium should be nearly one to one, most people consume far more sodium than potassium. In truth, getting anywhere near enough dietary potassium is a challenge for most folks.

If you don’t like eating the skin, the scooped-out innards of the potato still will yield 540 milligrams of the mineral. A cup of sliced fresh tomatoes carries approximately the same potassium content as a medium-sized banana, and you’ll get 560 milligrams of potassium from drinking a quick 8-oz. serving of pure tomato juice.

The U.S. Department of Agriculture’s nutrient database brings you even more good news in the form of cooked white beans, which cram your face with 1,000 milligrams of potassium per cup. Beet greens beat even that with 1,310 milligrams in each cup of cooked tastiness, and other dark leafy greens aren’t too far behind.

Yes, spinach is also a potassium powerhouse with 840 milligrams in a cooked cup of the green stuff that makes Popeye happy. With all these goodies, it’s not hard to meet the USDA’s daily recommendation of 4,700 milligrams of potassium. 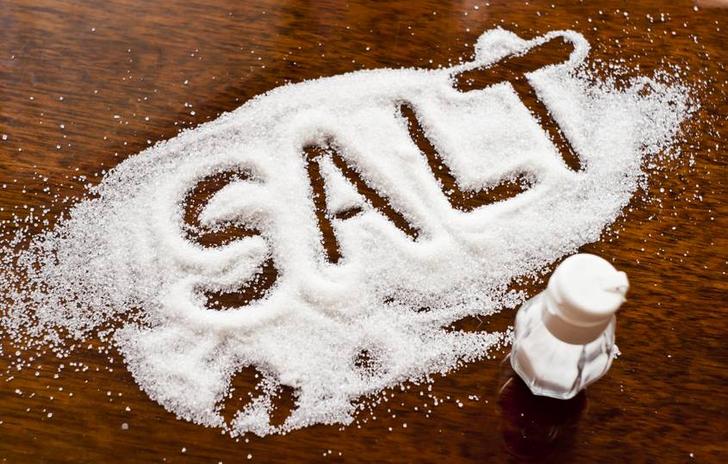 While normal consumption of sodium is safe for most people, many doctors recommend low-sodium diets for their hypertension patients. African-American males may suffer from an elevated risk of high blood pressure. Asking your doctor about it probably is a good idea if you suspect that salt is a problem for you. Yearly blood-pressure screenings can detect rising blood-pressure levels before they permanently damage your heart or your brain. 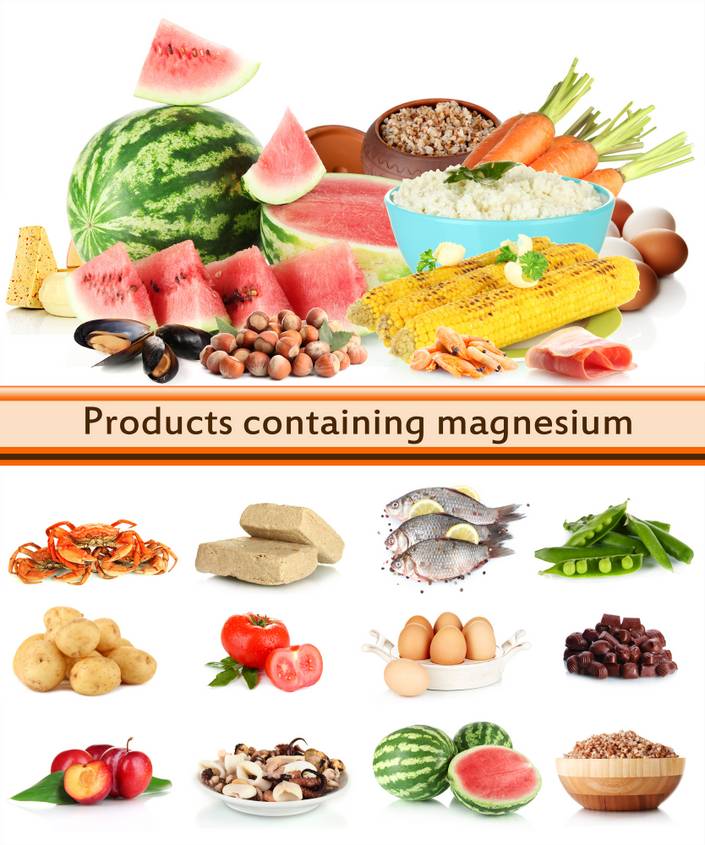 Keeping up your magnesium levels offers a host of health benefits, but one of the biggest is discouraging the formation of agonizing kidney stones that eventually claw their way out of your urinary tract. Happily, a cup of cooked white beans will shove 110 milligrams of magnesium into your daily diet, and a cup of cooked beet greens isn’t bad either at 100 milligrams. 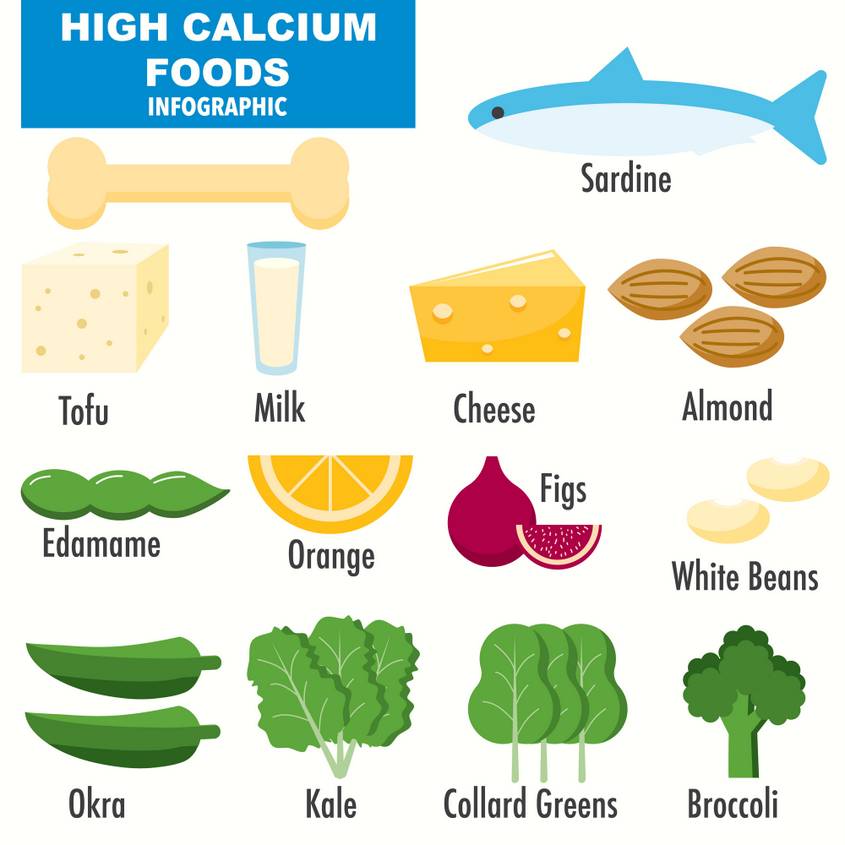 Lastly, calcium is indeed required for strong bones and teeth, but popping down a couple of ounces of cheese or a pint of milk every day in addition to the multivitamin will meet your needs just fine. An ounce of roasted sesame seeds packs a hefty 280 milligrams of calcium, and a cup of cooked spinach follows close behind with 240 milligrams.

Eating normally is almost certain to give you all the calcium you need. Frankly, getting enough calcium is rarely a problem for men.

Pop “Baby” Aspirin Into Your Mouth Once A Day 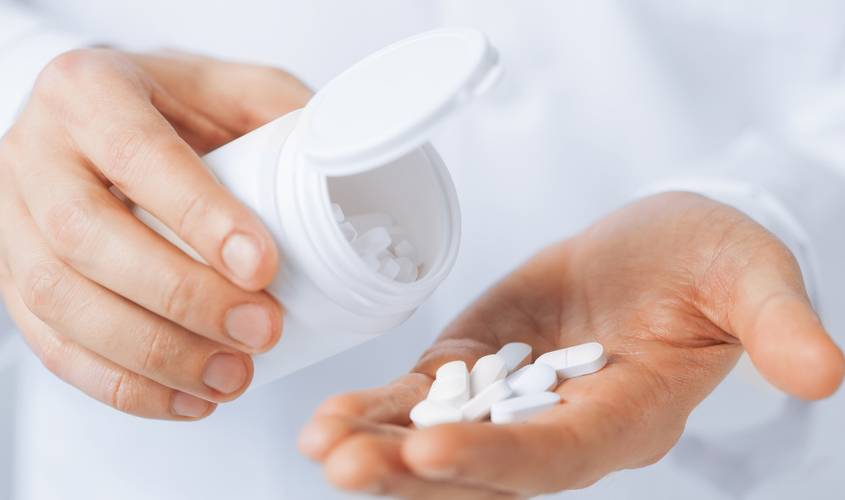 Reputable medical studies have repeatedly shown that a daily 81-milligram dose of aspirin tends to fight the persistent inflammation that contributes to heart disease, strokes and, to a lesser extent, colorectal cancer. A big bottle of low-dose aspirin tablets costs only a few bucks at most drugstores, so it’s a cheap bit of insurance.

It’s not all roses, though. Even though aspirin is available everywhere as an over-the-counter pharmaceutical, it’s still a powerful drug that can cause internal bleeding. Some people with preexisting conditions shouldn’t take a daily aspirin, so asking your doctor first is safer. Also, stopping the daily doses after having taken them for a while can cause a dangerous rebound effect for a heart-attack patient, especially after having gotten an arterial stent.

Don’t Stress Out Over Little Things 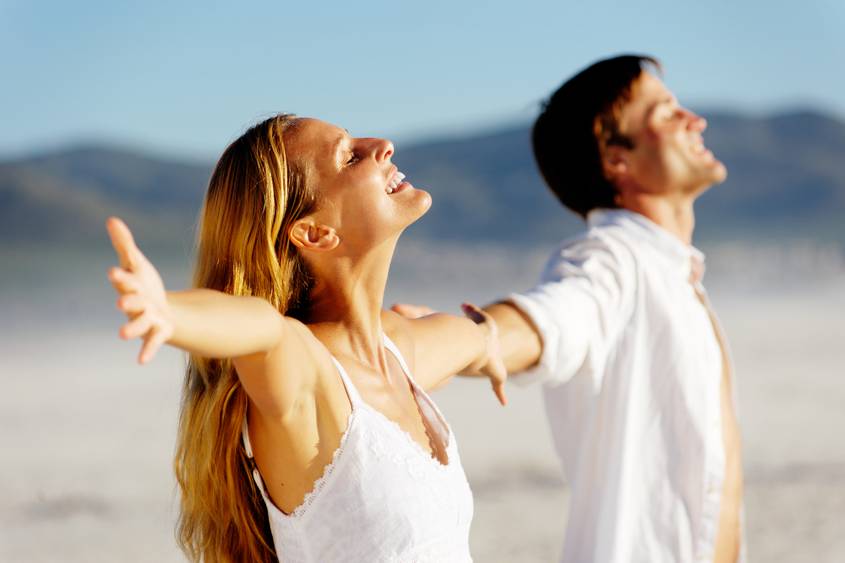 In fact, just be mellow. Persistently high blood levels of cortisol and adrenaline from constant stress will slowly kill you if you let them. Step back from your problems with other people, and let them be annoying idiots away from your own peace of mind. You’ll be happier, healthier, and wiser for it.

What Causes Sore Throat On One Side And How To Treat It?

What Does It Mean When Your Left Eye Jumps – Myths & Causes

The Struggle Is Real: How To Lose Weight With Hypothyroidism?

7 Best Home Remedies For Tooth Pain You Should Try